At the U.S. Marine Core Base Camp Lejeune in North Carolina, hundreds of thousands of residents were exposed to tainted drinking water over the period of four decades, increasing their chance of developing cancer and other serious ailments. Two of Camp Lejeune’s eight wells were poisoned between 1953 and 1987 with dangerous chemicals that are known to cause cancer and other serious ailments. Children at daycare or school, military families who used the water for drinking and bathing, hospital patients, and service members and civilian employees at their places of employment all received polluted drinking water from these wells. The contaminated water at Camp Lejeune has been connected to 15 various diseases and ailments, including many types of cancer, reproductive issues, birth deformities, and Parkinson’s disease. Thousands of military families affected by the Camp Lejeune water poisoning experienced unjustified anguish, serious illness, permanent disability, and loss. The American government has been slow to provide families of Camp Lejeune cancer patients with justice. For many years, Camp Lejeune residents and employees were unaware that contaminated water on the base had exposed them to dangerous substances. All Veterans with qualifying medical problems were ultimately given access to medical care for Camp Lejeune water diseases in 2012. But throughout the years, victims of Camp Lejeune water poisoning were unable to seek compensation from the Marines due to legal restrictions, leaving them without any options If you or a loved one was harmed by Camp Lejeune water contamination, contact our firm today. Call 256-534-3435. 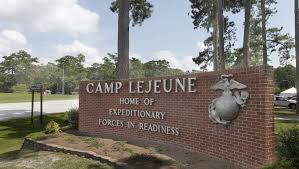 Between 1953 and 1987, two of the eight wells at the U.S. Marine Base Camp Lejeune in North Carolina were contaminated with high concentrations of benzene, industrial solvents, and other dangerous substances. During that time, nearly a million civilian workers, military service members, and their families were potentially exposed to dangerous chemicals that can cause cancer and other serious health issues. Anyone who resided, worked, or was born at Camp Lejeune during this time may have been exposed to tainted water, increasing their risk of developing cancer as well as other severe illnesses like birth defects, myleodysplasic syndromes, multiple myeloma, renal toxicity, hepatic steatosis, female infertility, miscarriage, scleroderma, and neurobehavioral effects.

What was the Cause of the Contamination?

A neighboring, off-base dry cleaning factory, a substantial gasoline leak estimated at 800,000 gallons coming from underground fuel tanks at Camp Lejeune, and on-base divisions utilizing harsh chemicals to clean military gear are the three main sources of the toxic chemicals detected in Camp Lejeune. In Camp Lejeune’s water sources, almost 70 hazardous substances were found at risky concentrations. Benzene, PCE (perchloroethylene), and TCE (trichloroethylene), which were identified at levels 340–2400 times the recommended exposure levels for humans, are just a few of the recognized carcinogens mentioned in the Camp Lejeune cancer claims. 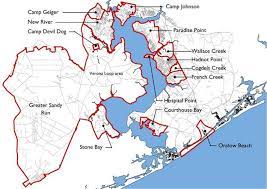 The following is a list of the potential injuries you may have suffered while you were stationed, lived, or worked at Camp Lejeune. The injuries include:

If you or a loved one spent 30 days or longer at Camp Lejeune before December 31, 1987, you may qualify for financial compensation. If you have questions, call now for your free consultation. 256-534-3435.