How to report a moving scam

Each year, more than four thousand people complain about fraudulent moving companies in the US. Finding yourself in the middle of it is far from a pleasant experience, but it can happen to anyone. And that’s precisely why today we’re talking about how to report a moving scam.

That being said, all the chances are that you won’t have any problems. Millions of Americans move every year, and more than 90% of all relocations go without a hitch. So, statistically, you’re pretty safe. However, if you don’t do all the necessary research and don’t learn how to recognize a fraudulent moving company, you decrease your chances of having a positive experience.

But that’s not why we’re here. We’ll focus on what you can and should do if you’re being scammed. It’s not fun to be a victim, but the situation doesn’t have to be hopeless either. You’ll learn how to recognize fraud, when to file a complaint, and how to report it.

As we already explained, most moves go without much trouble. However, that doesn’t mean that there won’t be any inconveniences. These aren’t always a reason for making a claim or legal action. So, before you do anything else, make sure to be aware of what these are.

It’s not unusual for furniture, boxes, and appliances to shift and bump into walls while they’re transported. They might get minor dents, scratches, or gouges this way. It happens that some things even get damaged beyond repair.

Whichever case you experience, you have the right to file a claim with the company. Of course, you can do that if you have photos that prove the condition of things before they were loaded. Driver’s inventory may also be wrong, and you can check that as well.

However, none of these things constitute a scam. They’re normal, and things like these don’t happen on purpose. 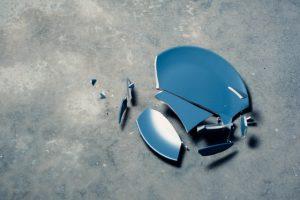 Things can get damaged during a move, so that isn’t a red flag.

Minor losses can happen with local moves, but they a lot more common with interstate ones. Your household goods are one of many shipments on the truck, and it happens that some items mysteriously disappear.

Most of the time, we’re talking about a box of plates or an old shovel, so it’s not a big deal. Shipments get mixed because movers don’t pay close attention, and that’s how this happens. If, on the other hand, you find your big screen TV or handtools missing, that’s a red flag. Therefore, you should handle it accordingly.

To avoid these altogether, you can go another route and make sure that. you pick a reliable moving company. This is especially true if you’re moving long-distance. Such a mover will provide you with all the help you need while relocating, and nothing will disappear. You won’t have to worry about scratches and dents we talked about earlier, either.

If your movers are late with their delivery, don’t jump to conclusions. Maybe their truck broke down, or weather conditions slowed them down. Know that movers are incredibly busy during the summer, so that’s another factor that you should consider.

Of course, you have the right to file a claim for compensation if they failed to meet delivery dates. However, before you do that, make sure to check their policies. On the other hand, if they’re two weeks late and don’t take your calls, all the chances are that you’re being scammed.

When it’s time for a formal complaint?

Now that you know all the things that aren’t considered relocation fraud, let’s talk about some that are and learn how to report a moving scam.

When it comes to billing interstate moves, your price will be determined by:

● The weight of your household items
● The distance between your old and new home
● Additional services like packing, insurance, and storage
When you get an estimate, it may be binding, non-binding, or binding not-to-exceed. It’s important to know which one you got and that you understand what each of these means. In general, if the bill you get at the end of your move exceeds the estimate by more than 10%, you should be worried. 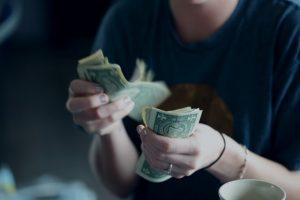 If your movers are asking for a lot more money than the estimate was, it’s time to learn how to report a moving scam.

Your belongings are held hostage

Sometimes, disreputable moving companies hold their customers’ items hostage until they give up and pay the new price they came up with. This is a scenario in which knowing how to file a moving complaint isn’t enough.

As a matter of fact, this is an illegal act, and the Federal Motor Carrier Safety Administration is responsible for making sure it doesn’t happen. So, if you find yourself in a situation like this, let them know they can’t do that and that you have the number of the agency tasked with enforcing it. Most of the time, this will be enough for them to bring you your stuff.

How to report a moving scam

We’ve established what a moving scam is, so let’s see what you can do to fight back.

The first thing you want to do is filing a complaint with the moving company. If you’re being scammed, this won’t get you far. However, you’ll know what you’re dealing with. On the other hand, it may be just a misunderstanding. A reputable mover will be willing to address the issues, so that’s where you should start.

The next step is filing complaints with the appropriate organizations. This can be a pain in the neck, but if you want to fight a good fight, you can resort to:

● Better Business Bureau
● Federal Motor Carrier Safety Administration
● American Moving and Storage Association
And if all other options fail, the only thing left to do is take your mover to a small claims court. This is where Ferguson & FergusonFerguson & Ferguson can help. All the chances are that odds will be on your side, but make sure to contact us before deciding to do anything. Here, it’s important not to let your emotions interfere. 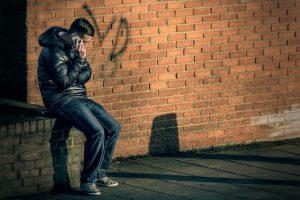 A man talking on the phone.

.
There are a few different ways of dealing with moving scams.

As you can see, lots of things can happen when you move. If it’s your first time, always research as much as possible, and try to pick the company you’re the most confident about. If things don’t work out, you’ll know what you can do and how to report a moving scam.