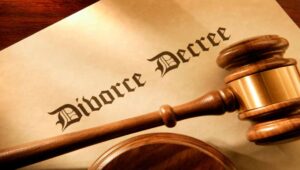 What Oklahoma Divorce Forms Are Needed for Filing a Divorce?

The possibility of having to go through a divorce is something many of us rule out as ever happening in our lives. Unfortunately, some people that tied the knot excitedly may have to go down this path for several reasons.

Therefore this needs to be done the right way if it is to happen. For one, it has to be legally approved and overseen.

Speaking of legally dissolving a marriage, the requirements are different based on location. So, you need to understand the procedures in your state and even county. For more on this subject, you can visit: https://en.wikipedia.org/wiki/Divorce_in_the_United_States

This is why we have decided to discuss the subject of dissolving a marriage in the state of Oklahoma. We will be more particular about the various divorce forms that are needed for this purpose.
We advise anyone that needs to end their marriage in this state to keep reading. This is because the information that will be shared here will prove useful (or at least informative). 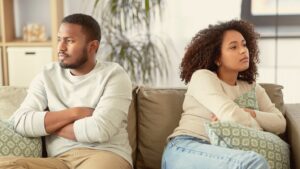 What Determines the Divorce Forms You Get?

The determinants of the divorce forms to be obtained in the state of Oklahoma include the following:

In Oklahoman as with many other states in the country, there is such a thing as fault-based or no fault-based divorce. The latter means that the proposed dissolution of the marriage is simply informed by the fact that the parties cannot coexist as married couples any longer.

It is more like saying they have “irreconcilable differences”. Most parties that file for this kind of divorce do so because of some underlying problems. They simply do not want the emotional trauma that comes with the intense legal proceedings. So, they just play softball.

On the contrary, a divorce that takes the fault-based route is saying the marriage is ending because of some faults. They would then have to state these faults and likely argue them out before the court. The process can be very emotionally draining and time-consuming.

This is why efforts are made by the legal representatives to try to settle out of court and get the best settlement offer. However, it does not always end up this way. The option of fault-based or no fault-based divorce will go a long way in determining forms to be gotten.

Peculiarities of the Marriage

The peculiarities of the marriage will go a long way in determining the forms to be gotten. For instance, a marriage without minor children will not get the same forms as one with minor children.

This is because issues such as child custody and financial responsibilities towards the children need to be sorted out.

The County In Which the Divorce Is Filed

Asides from state judicial requirements, counties have their distinct way of handling legal matters. This can also be reflected in the kinds of divorce forms you are to get.

However, we strongly advise against this. This is because handling a divorce is a very technical legal process.

A wrong decision or action can cost you a lot. You are still advised to use a lawyer even if you and your partner seem to see eye to eye on the divorce matter. 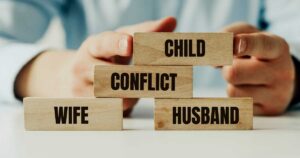 There are several Oklahoma divorce forms. The ones you get are dependent on the factors explained above. However, some of them are generally required. Some of the divorce forms in the Sooner State include the following:

We did explain that some forms need to be gotten and filed regardless of the peculiarities of the marriage. This one is one such.

It is known in full as the Petition for the Dissolution of Marriage and is how you get the proceedings underway. This is even if your partner is well aware of your intent to end the marriage.

The reason(s) for wanting to end the marriage and some information about your spouse and you are to be filled in this form. This form is your formal notice to the judicial system of the need to end your marriage

It is meant to be delivered to your spouse and allow him/her to respond in the way they deem appropriate. This form can be delivered in two major ways – using a private delivery system (which is more expensive) or the sheriff’s deputy (which does not offer flexibility).

This is especially needed if there are minors in the picture. This form is designed to ensure that their welfare is not affected by the dissolution of the marriage. It sorts out how the parties will have to contribute financially towards the welfare of the children.

Frankly, this form is used when there is bad blood between both parties and the legal proceedings are likely to be intense. It is intended to make sure the parties do not take out their hostility towards each other.

This is by making sure minor children are not removed from the state. It also makes sure the material possessions and other forms of assets are not dissipated.

This form is designed to iron out who gets custody of the children. It also takes care of the visitation of the other party. 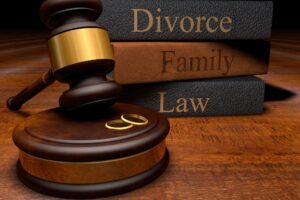 The negative reality is that Oklahoma has one of the most alarming divorce rates in the country. There have been several studies to explain why and efforts to reduce the numbers. For more on this, you can click here.

We do not like the thought of having to see a marriage end. However, it is a better decision in some situations.

If you think yours has to end, you need to end it the right way. This is why we have discussed some of the forms you may need and hope that you make the right decisions going forward.