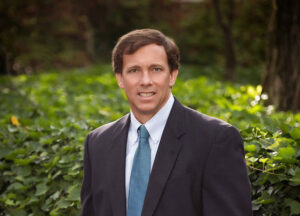 What is the Guest Passenger Statute? If you were injured or killed while riding in the vehicle of a driver who caused a crash, you might naturally think you may be entitled to compensation from that driver. However, in Alabama, claims for compensation filed by passengers are subject to the Alabama Guest Statute. Under Alabama Code 32-1-2, a passenger (or “guest”) cannot bring a claim or lawsuit against the driver of the car they are in even if the driver is negligent. The statute defines a “guest” as any person who was being transported in the driver’s vehicle without paying them. Compensation does not need to take the form of money. It can include anything of tangible benefit or value to the driver, or where transporting the guest is mutually beneficial to the driver and the guest.

The Alabama Guest Statute does allow guests to bring claims if the driver is found to have acted willfully or recklessly. The guest statute applies when the injured person was riding as “a guest while being transported without payment.” “Payment” does not necessarily mean cash for transportation as one would pay for a taxi ride. “Payment” could be in the form of some material and tangible benefit to the driver from the transportation, or the transportation must be of mutual benefit to both parties. Typically, willful or reckless conduct can be proven by showing the driver was operating his vehicle at an unsafe speed, was driving erratically, driving under the influence, or was distracted while using a cell phone or texting.

What Is the Alabama Guest Statute?

The Alabama Guest Passenger Statute (ALGP), Ala. Code §32-1-2 (1975), protects a driver from liability for negligence to passengers in his vehicle who meet the definition of a “guest.” The ALGP states:

Alabama and many other states in the U.S. passed guest statutes in the 1920s and 1930s when car accidents more frequently occurred due to the lack of developed road networks. Proponents of the law argued that the guest statute properly limited the liability of a driver who had agreed to transport someone free of charge, particularly when hitchhiking was still a common practice in the early 20th century. Alabama is the only state left in the United States that has a Guest Passenger Statue.

Who Is Considered a “Guest” in Alabama?

Who is considered to be a “guest.”  There is no set definition of guest in Alabama.  If the driver tricked or coerced a guest into getting into the vehicle, the guest might still have the opportunity to file a lawsuit after a crash. The driver must have the guest’s consent to be in the vehicle for the Guest Statute to apply. Falsely inducing a guest or driving him/her somewhere the guest did not consent to go could make the guest a passenger instead. It may take a careful investigation of the crash to identify whether someone was a guest or passenger. Questions to consider in determining whether one is a “guest” include:

Payment for a Ride – The typical situation involving payment for a ride involves a taxi, bus, or ride-share services like Lyft or Uber.  This means the passenger is not a guest and can sue the driver for negligence. Occasional contribution to expenses such as gas nor not considered a mutual benefit. Klaber v. Elliott, 533 So. 2d 576 (Ala. 1988).  The operative question is whether the payment is a “mere social courtesy” or something more. Thedford v. Payne, 813 So. 2d 905 (Ala. Civ. App. 2001).

Relationship between Passenger and Driver – A history of sharing rides and mutual contribution to expenses tends to indicate the passenger is a guest.  Walker v. Garris, 368 So. 2d 277 (Ala. 1979) held that the application of the ALGP to a person under the age of fourteen was a jury question. Express or implied misrepresentation as to the purpose of the ride can also invalidate the application of the ALGP, Crovo v. Aetna Cas. & Sur. Co., 336 So. 2d. 1083 (Ala. 1976).  Also, protests from the passenger may also remove their assent to the ride thus invalidating the guest statute.

What is Willful or Wanton?

If the driver’s conduct was willful or wanton (and not just merely negligent), then the claimant can not only avoid the application of the ALGP and obtain compensatory damages for negligence, they can also access punitive damages against the driver. Punitive damages are frequently excluded from coverage on liability policies in Alabama. Wanton conduct is defined as acting or failing to act, with knowledge or consciousness that the action or failure to act will likely or probably cause harm. With reckless indifference to the consequences, one either consciously or intentionally did some wrongful act or consciously omitted some known duty, which produced the injury.” 1 Alabama Tort Law § 3.01 (2021).

How Can I Recover Against the Driver?

The only way a passenger can recover against a driver is if you can show the driver engaged in “willful or wanton misconduct.” Willful and wanton conduct is deemed more serious than negligent behavior. It typically refers to a conscious or reckless disregard for the safety or rights of others and often involves a substantial risk of injury. Examples of driver behavior that may be deemed willful or wanton misconduct include:

What are the Exceptions to the Alabama Guest Statute?

The Alabama Guest statute does have certain exceptions and limitations, such as when:

How We Can Help!

A Decatur or Huntsville personal injury attorney can help you with your claim by:

If you have been injured in an automobile wreck, and the insurance company raises the Guest Statute, we can help. Call 256-534-3435 in Decatur or Huntsville.