Drone Laws In The U.S.: The Least You Need To Know 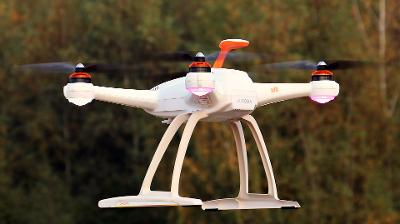 As the technology advancements are taking place, laws are also changing day by day. The Federal Aviation Administration (F.A.A.) has recently published a new amendment to the F.A.A. Reauthorization Act of 2018, adding new clauses in the New US Drone Law 2020.

The U.S. government carried out this regulation after Congress claimed it as its necessity after the exponential growth in the drone industry and recreation of the technology.

Flying a drone with the U.S. premises is legal in the U.S. Still, According to the Federal Aviation Authority U.S. (F.A.A.), you should know the drone regulations listed below before doing so.

If you want to travel with your 1080p H.D. video camera drone in the U.S., the following are the F.A.A. rules for people who want to fly drones with the U.S.:
• Get your drone registered with the F.A.A. through the F.A.A. portal.
• If drone flying is just your hobby, you must follow the rules for recreational / hobbyist flying.
• and if you run a business, you must learn the rules for commercial flying and get a certificate from the F.A.A. a
The Transportation Security Administration (T.S.A.) permits you to travel when you are traveling domestically with your drone but must keep it in carrying on luggage only.
Rules you must follow when Flying a Drone in the United States.
Following are some of the essential rules for flying a drone in the united states. You can visit the master list of drone laws to see all the drone laws for each state in the United States.

• You can only fly as a hobby or recreation ONLY (part-time jobs are not allowed ).
• Register your drone with the F.A.A.
• Fly within visual line-of-sight(VLOST).
• Fly within the premises of a nationwide community-based organization (C.B.O.) and follow the community-based safety guidelines.
• The drone can only be a drone under 55 lbs. unless it is certified.
• Do not fly near any other aircraft.
• Do not fly near emergency response efforts. 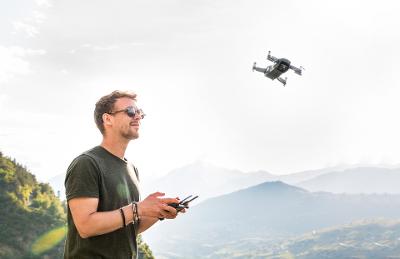 • For commercial flying, you must obtain Remote Pilot Certificate declared by the F.A.A.
• Register your UAV with the F.A.A. on their website FAA Drone Zone.
• The drone you are flying must weigh less than 55 pounds, at takeoff including payload.
• Fly in Class G airspace only keep your UAV within visual line-of-sight.
• You can only fly at or below 400 feet fly during daylight or civil dusk.
• Fly at or under 100 mph.
• Yield when you face an encounter with a human-crewed aircraft.
• No flying overcrowd, directly.
• Flying from a moving vehicle is also not allowed unless in a less populated area.
All the above restrictions can be suspended if you submit and receive a Part 107 waiver from the F.A.A. to except for the weight requirement and fling in G class requirements.
Class G airspace requirement can also be bypassed if you apply for and receive approval for special airspace authorization from the F.A.A. Inspect our LAANC authorization guide to understand how that authorization process works.

Certification Requirements for Flying a Drone within United States of America

Here are the wants for obtaining a certificate:
• You must be ready to read, speak, write, and understand English (a person can also make exceptions if he cannot satisfy one of these requirements for a medical reason, like hearing impairment).
• You must be during a physical and mental condition to securely operate a little U.A.S.
• One should be at least 16 years old.
• Pass an Aeronautical Knowledge Test—also referred to as the Part 107 test—at an FAA-approved knowledge testing center.
• Undergo Transportation Safety Administration (T.S.A.) security screening.

• If you are earning money from your drone photography, you need a commercial drone certification from the F.A.A.
• Making photos and videos with a drone at night is not allowed.
• You can use different flight modes to capture unique shots.
• Not all camera drones are created equal.
• In addition to the F.A.A.’s guidelines, there are additional state and national laws about drones that could impact your flight.

What happens when you don’t follow the Drone Laws In The U.S.?

Failure to register a drone or any of the above rule that requires registration may result in regulatory and criminal penalties. The F.A.A. may impose civil penalties of up to 30,000 US dollars.

Criminal penalties include fines of up to $250,000 or imprisonment for up to three (3) years.