Deprecated: Function create_function() is deprecated in /var/www/wp-content/plugins/LayerSlider/wp/widgets.php on line 4
 How to Avoid Financial Problems When Leaving the Military | Ferguson and Ferguson Attorneys at Law 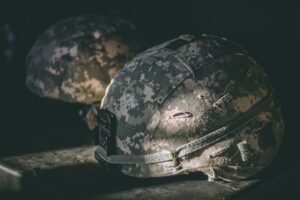 Any career change comes with financial hiccups, but when you’re leaving the military for civilian life, those challenges are amplified. Not only does leaving the armed forces involve losing access to a range of military benefits, it also means the costs of living suddenly become a lot higher.

Thus, it’s not surprising that so many young veterans find themselves in financial trouble after leaving the service. While veterans are less likely to live below the poverty line, they’re more likely to have problems with debt and poor credit. These financials problems aren’t inevitable, however. This information will help departing service members prepare for their financial transition.

Basic allowances for subsistence and housing (BAS/BAH) are non-taxable, providing a big tax break to service members. Upon leaving the service, however, a much larger portion of a veteran’s income becomes taxable. Newly-discharged veterans should factor higher taxes into their civilian salary requirements and household budget to avoid a surprise tax bill they can’t afford.

Service members have access to affordable, comprehensive health care while in the military. Unfortunately, things are less clear-cut when they leave. VA health care can be difficult to access due to distance and priority groups, and the Continued Health Care Benefit Program, while valuable, is expensive and time-limited.

Veterans with employer-sponsored healthcare can save money over CHCBP by signing up for their employer’s plan. However, premiums for CHCBP may be comparable to plans purchased through the healthcare marketplace. Veterans looking for the best value should compare prices, including subsidies if eligible, and coverage to choose a plan.

Many veterans keep their existing car insurance coverage out of convenience, but it may not be the best value. Some companies extend military discounts to veterans, so veterans should shop around for coverage, and share proof of their service to see if they qualify for a veteran’s discount. Low-income veterans may be eligible for government car insurance, but since coverage is minimal, it’s not the best choice for all who qualify.

Veteran’s discounts make a big impact on a young veteran’s budget, especially when it comes to recurring expenses. In addition to car insurance, veterans can save on their monthly cell phone and internet service through certain providers. For example, some providers have phone plans for veterans at reduced rates. For internet, Comcast offers broadband at $10 a month through its Internet Essentials program.

Don’t Wait to Sell Your Home

The capital gains tax exclusion allows homeowners to exclude up to $250,000 ($500,000 if married) of profits on their home sale. However, homeowners have to occupy their home for two of the previous five years before selling in order to claim the exclusion. Active duty military are exempt from the occupancy rule but may lose eligibility upon leaving the military.

To avoid a large capital gains tax bill, service members who don’t meet the occupancy requirements but intend to move should sell prior to being discharged from the military. Veterans may receive help purchasing a new home through the VA loan program. VA loans offer veterans reduced interest rates, and they won’t have to make a down payment or pay for mortgage insurance.

Perhaps the biggest financial mistake young veterans should avoid is getting trapped by high-interest debt. Active duty military are protected from high interest rates through the Service members Civil Relief Act and the Military Lending Act, but veterans aren’t eligible for the same protections. As a result, the same borrowing habits veterans had while in the service can lead to crushing debt outside of it.

Service members planning to leave the armed forces should aim to pay off debts before discharging. Once out, vets can protect their credit by paying off credit card balances monthly, avoiding payday loans and other predatory lenders, and avoiding debt for things that could be purchased outright.

Leaving the military changes a lot of things, including how veterans handle their money. However, while veterans lose a lot of benefits when transitioning out of the service, they’re not alone in navigating civilian life. With the right information and resources, young veterans can start their civilian life on sound financial footing.

Our office recently obtained a six figure settlement for a Jefferson County school teacher who was hit by a negligent driver in a crosswalk in Birmingham, Alabama. After receiving a policy limits offer from the driver’s insurance company, we…

Our firm recently settled with two different insurance companies for policy limits in a two car accident in Madison County, Alabama. Our client was a passenger in the vehicle that pulled out in front of another driver. Our attorneys…

Our attorneys have negotiated a six figure settlement for a young man injured in a one car accident in Morgan County. The attorneys were able to negotiate a settlement even though Alabama has a guest passenger statute. The minor…

Image via Unsplash How to Avoid Financial Problems When Leaving the Military Any career change comes with financial hiccups, but when you’re leaving the military for civilian life, those challenges are amplified. Not only does leaving the armed forces…

7 Creative Writing Techniques To Rock The Web How to develop creative writing that can engage the reader from the beginning to the end of the text? Was this a power granted to a small number of mortals? Or…

Image courtesy of Unsplash Tech-Savvy Seniors Are Ready for Medicare Open Enrollment As a savvy senior, you probably either own or are thinking about getting a smartphone. After all, a smartphone can make life easier whether you’re keeping track…