Mistakes That Can Cost You in a Custody Battle 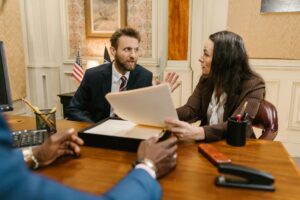 Disagreements over custody can be stressful, frustrating, and expensive. You certainly don’t want to do anything that could put your case at risk. It may be more challenging to fix certain mistakes than others. In a divorce, many parents prioritize child custody more than alimony or the split of assets. Knowing what to do and what not to do in your situation is crucial to maximize your gain or minimize your loss while voiding mistakes that can cost you in a custody battle. This article will go through some potential snares that may arise during a custody dispute.

Divorce is always an emotionally trying time, and adding kids to the mix may make things even more complicated. With so many aspects of their lives (custody, support, etc.) still up in the air, it’s natural to feel you need to go cautiously to ensure the greatest possible outcome. There is no doubt that parents and lawyers want what’s best for their children, but the answer to that question might evolve with time. Perhaps you might want to get a legal separation instead of a divorce. Give yourself and your partner time to think. Maybe you will get to another conclusion as time goes on. There is a big difference between a divorce and legal separation. So think it through.

An experienced custody attorney is essential

You may rest assured that your issues will be heard and addressed by a skilled custody attorney. Your lawyer will know what steps to take to get a positive outcome in your custody dispute. If you have a competent custody attorney, you can rest assured that they will provide the court with the most compelling evidence on your behalf. In addition, your attorney will guide you through the steps to ensure that you do not make any mistakes that could hurt your case for child custody. Before you proceed to the divorce, make sure both you and your partner agree to that. There are many ways you can get a free divorce consultation. After you are sure you want to proceed, it is time to get a lawyer. 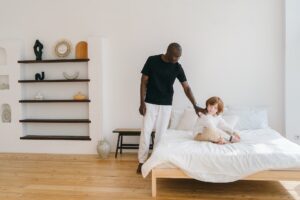 How custody modifications are decided

If you’re a parent, your life after a divorce may look very different from what you’d hoped. Divorce, however, can be acrimonious and cause ongoing tensions even after the dust settles. However, your parenting record may affect the outcome of your custody case. These are some of the most common mistakes that can cost you in a custody battle. You should avoid that at all costs. Just because you won the custody battle doesn’t mean you can relax. You still need to help your child feel at home quickly, so don’t relax just yet. There are many ways to help children adapt to their surroundings; you just need to research them and test them out.

You have to pay child support

First, you do not have sole custody if you are now obligated to pay child support. You’ll need to argue your case for sole custody in court, and in the meanwhile, you’ll need to follow any guidelines set down in your divorce decree or separation agreement.

The court requires parents to provide financial support for their minor children. The fact that their parents aren’t living together is no reflection on the kids. As long as the kids are living with the other parent, it would help if you kept supporting them financially. Juries are happy when a parent pays child support voluntarily. In the long run, this could boost your case for permanent custody. 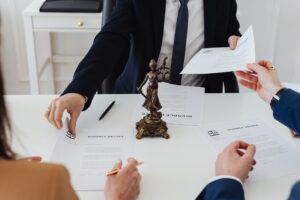 Stay off social media for a bit

In this technological age, we’ve all been cautioned to exercise good judgment when using social media. Your ex-spouse can use whatever you put online (even on social media) against you. And not only in the initial custody judgment. The posts could hurt your custody case if they show a hazardous home environment, dangerous activities with the child, or if you use the site to disparage the other parent.

Caution when using social media is one approach to avoid this. Publish nothing that could be hurtful or disparaging to the other parent. And with this, you avoided one of the most common mistakes that can cost you in a custody battle.

Be sure not to involve your children

Getting your kids involved in the custody battle is a big mistake. Children already have it rough when their parents divorce. They will feel even more pressured if you drag them into the fight by making them pick a side or using them as bargaining chips with your ex. To some extent, it could affect how a kid’s brain grows. Make sure your child is as safe as possible. Even when at home, your child needs to be safe. Some home accident prevention tips should be taken into account.

A judge will become extremely angry if one of the parents involves the kids in the dispute. If they find out you’re dragging the kids into the divorce on purpose, you’re in for a rough time.

We know it’s best if the kids aren’t there when you’re arguing, but we also know that sometimes things may get out of hand. Using your kids for your profit is very different than involving them in a crisis where one parent is violent. 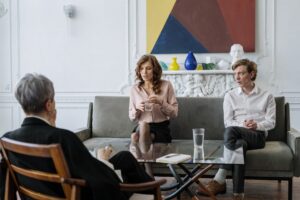 Those involved in disputes over child custody may choose to ignore or defy a court order or set of regulations. That is a crucial flaw that frequently arises in marital discord. Because of this, you risk losing possession of your child for good. That said, you must strictly adhere to the terms of any temporary custody order or court order requiring your attendance at a specific course, meeting, or other events (such as returning your child from visits on time, for example).

No matter how much you dislike your ex, you’ll need to be able to communicate civilly with them if you and they have children. That is especially true during custody negotiations. Unfortunately, suppose you refuse to cooperate with your ex during the custody battle. In that case, the judge may see this as a hint that you are reluctant or unable to co-parent, which could result in losing your right to participate in custody decisions.  That is one of the most common mistakes that can cost you in a custody battle (If you’d rather not talk to your ex, we’ve compiled some of the most effective technological options for getting in touch.)